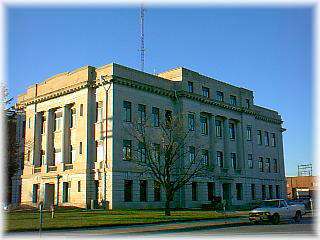 Dodge County was established in 1856. Fontenelle was named temporary county seat, but Fremont won the
county seat designation in 1860. J.J. Hawthorn donated land for courthouse purposes in 1866. In 1867 the county built the first courthouse, a two-story brick structure. In December 1887, fire severely damaged this building. As a result, county residents approved a bond issue in 1888 for a new courthouse. Dedicated in 1890, this building also fell victim to fire in 1915. The present and third building was constructed on the same site as the others. This Classical Revival-style building was formally
dedicated in 1918.

Things to do Historic Courthouses near Fremont, NE