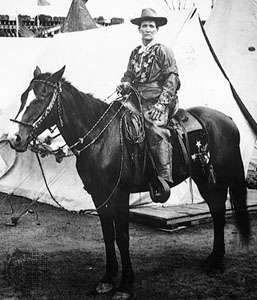 Come visit us in Princeton, Missouri

Martha Jane Canary (1848-1903) was born in Princeton, Missouri. This hard drinking woman wore men's clothing, used their bawdy language, chewed tobacco and was handy with a gun. She traveled from Arizona through the Dakota territories during her rough life. At her death, the "

We currently do not have any events for Princeton, Missouri in our database. If you know of events taking place, please add the event
.

Things to do Famous People near Princeton, MO