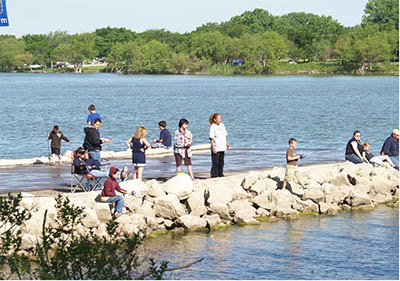 Hiking includes the Tonkawa Interpretive Trail, an easy 3/4 mile trail that is great for seniors and handicapped persons, loc...