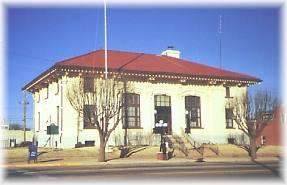 This site which started as the U.S. Land Office, later became the U.S. Post Office, and is now occupied by the Brisco Oil Company Offices.