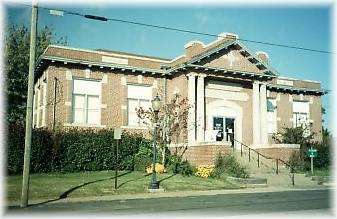 When business tycoon, Andrew Carnegie, retired after the turn of the century, his foundation set to build bastions of literacy in communities through the country. Wagoner received one of 24 Carnegie Libraries originally built in Oklahoma. Now it is among only nine Carnegies that have remained working public libraries.

Things to do Carnegie Libraries near Wagoner, OK