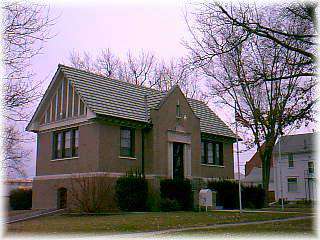 Constructed in 1911 and listed on the National Register of Historic Places, the library is a good example of the Jacobethan Revival style. It was designed by the
architectural firm of Fisher and Lawrie of Omaha. Funding to build the library was provided by Andrew
Carnegie, often called the "Patron Saint" of libraries.

Things to do Carnegie Libraries near Ashland, NE