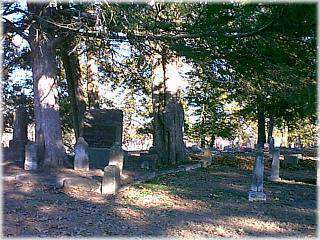 The Neodesha Cemetery has markers of some of the first founders and residents of early Neodesha. J.B. Keys, along with Robert S. Futhey discovered the present site of Neodesha. The claim to the land, bought for $500, had only previously been traded for a pony. Keys proceeded to build a sawmill, a flour & grist mill, and opened the first lumberyard. Allen R. McCartney was one of four original parnters in the Neodesha Town Company. Neodesha Derry was the first white birth to the settlement on March 5, 1870. T. J. Norman allowed developers to drill for a gas well on his property. Upon discovering oil, the first oil well of the mid-continent field bore his name. Carrie Brown rebuilt the Hotel in 1896 which became renowned for its cleanliness and service. Charles Seward was the first Neodeshan and Kansan killed in WWI.

Things to do Cemeteries near Neodesha, KS