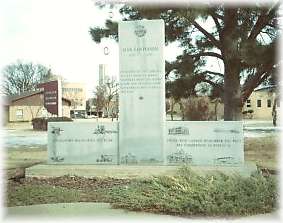 The Centennial Marker is located in the southeast corner of the Courthouse Square Park.


Come visit us in Alva, Oklahoma

Things to do Historical Markers near Alva, OK