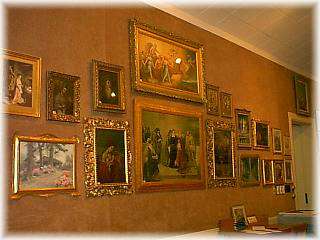 
One wall of the gallery displays fascinating work created by local artist, Aaron Gunn Pyle, deceased, a well known
artist and student of Thomas Hart Benton. The largest portion of the gallery is a memorial to the late Mrs. Chappell who donated her European and oriental collections. Mrs. Chappell was the wife of the railroad executive for whom the town was named. She never lived in Chappell, but while living in Chicago she would frequently ride the passenger train to visit Chappell. She so enjoyed the town and people of Chappell that she left her prized art collection to the town.

Things to do Arts near Chappell, NE