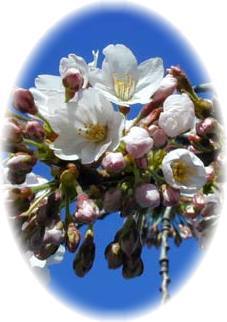 In May, 1871, the abundance of wild cherry trees along the creeks and in the woodlands of this area influenced the railroad settlers to name the town site Cherryvale. Its being, its growth, and its history all have been dramatically linked to the rise and fall of the railroad industry. It's ironic that the last commercial passenger train left Cherryvale in April, 1971 ... one hundred years after the railroad designated the site for the city of Cherryvale. Just as it did in the 1800's, the railroad continues to have a major influence in Cherryvale. The South, Kansas and Oklahoma Railroad currently uses the north-south railroad tracks through Cherryvale with several trains carrying freight and cargo through town.

At the beginning of the 1900's, Cherryvale emerged as a leader in the brick industy. It was said that Cherryvale made the finest bricks in the world, using shale mounds around the city to provide the raw material needed for the bricks. Each brick was rumored to be able to withstand 85 tons of pressure without any injury to the brick. At one time, six brick plants were in operation, turning out an estimated 500,000 bricks a day. Walk along preserved brick sidewalks and residential streets in Kansas, Oklahoma, and Missouri and you will find the bricks stamped "Cherryvale" still in working condition.

Since Cherryvale had six brick factories, most of the streets, sidewalks, and downtown buildings were constructed from these bricks. 1882 saw the advent of sun-dried brick streets. The wood planked sidewalks were replaced in 1898 with kiln bricks from the Corbin plant and later, in the early 1900s, the brick sidewalks were widened to sixteen feet. Today, the remaining buildings of downtown Cherryvale remain the same as built at the turn-of-the-century.

Notable people of Cherryvale include Vivian Vance of the "I Love Lucy" show, Louise Brooks, silent screen star, and Frank Bellamy, author of the Pledge of Allegiance, who is buried at Fairview Cemetery marked appropriately with ... the American Flag.

Whether you are here on business or for pleasure, Cherryvale "Welcomes You," and hopes you will take advantage of her many assets and return again and again.

Things to do near Cherryvale, KS