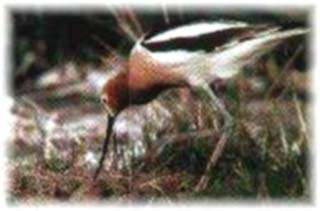 Because Cheyenne Bottoms is such a diverse, large and unique marsh, birdwatching is one of the more popular activities on the area. Waterfowl can be seen throughout the year. During migration, numbers can climb to 250,000

Camping is permitted only in the primitive campground located 1

Trapping is permitted on the wildlife area. A special permit is required. It is available at the area office free of charge

Things to do Birdwatching near , KS