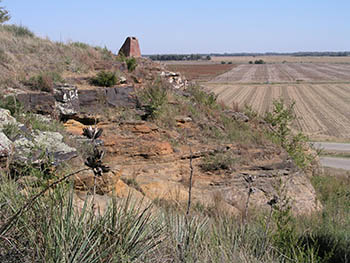 We currently do not have any events for Pawnee Rock, Kansas in our database. If you know of events taking place, please add the event
.

The Humphrey Home was built by former slaves in 1867 following the Civil War. The walls of the home are 16 inches thick and f...