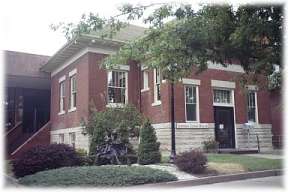 Sponsored by the Rice County Historical Society, the Coronado Quivira Museum has on display artifacts representing the Quiviran Indian culture, Coronado's journey to this area in 1541, the Santa Fe Trail, 1821 to 1872, and Rice County, 1902, the settlement period that followed the close of the Trail.

The Quivira Indian exhibit displays a replica of the grass lodge once inhabited by the peaceable, agricultural people. The exhibit shows what daily life was like in the "Kingdom of Quivira" with a mural by artist Stan Herd as a background scene.

When Francisco Vasquez de Coronado came on the land of the Quiviran Indians, it was a day of passage from pre-history on the central plains. It also signaled the end of Coronado's trek inland. Spanish weapons and a preserved piece of chainmale are on display along with paintings depicting the time.

The Santa Fe Trail runs east to west through Rice County along Highway 56. Artifacts left by Native Americans and pioneers on the Trail are on exhibit.

Pioneer life in Central Kansas is depicted in a series of exhibits on the lower level. Another mural by artist Stan Herd is of a farm scene at the turn of the century. Included in the painting are items found throughout the exhibition. Another exhibit is part of a Victorian House with a front porch and a doorbell. The house is made with open wall for visitors to peak in and see the different rooms. Check out the fire engine, the general store, and other displays that depict life in rural Kansas circa 1902.

Things to do Museums near Lyons, KS

The display in Charles Hall on the Hesston College campus consists of several small exhibits on geology, the Quivira Indians,...