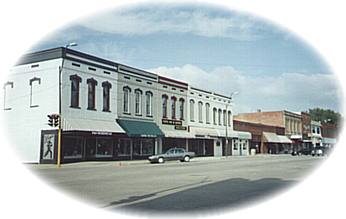 The Clay Center Municipal Band Shell was built in 1934, it is a W.P.A. project and is on the Kansas Register of Historic Places. The Band Shell hosts many City Band Concerts throughout the year.

Heritage Row is representative of the early founders of our community. Some of the first buildings of Clay Center can be found there. It is located at the West end of Clay Center on highway 24