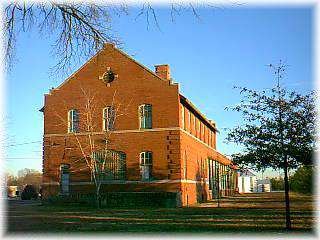 Visit the historic depots in the downtown district of Fremont in the vicinity of 1st and "D" Streets. There is the two-story brick Chicago & Northwestern Freight House built in 1903 after C&NW gained control of the Fremont, Elkhorn & Missouri Valley Railroad which began in 1869 (now the Fremont & Elkhorn Valley Railroad Steam Excursion Train route).

The second depot is Union Pacific Railroad station, site of the 1904 brick Union passenger station, accommodating passengers for both C&NW and Union Pacific. Razed in 1986, the station included a large freight wing as well as a seventy-foot tower.

The original building was constructed in 1884 by Charles Osterman and George Tremaine, wholesale produce dealers in Fremont. The Ideal Steam Laundry, Johnson and Company, proprietors, moved into the building in 1894 and doubled the size of the structure in 1911

Things to do Railroad History near Fremont, NE