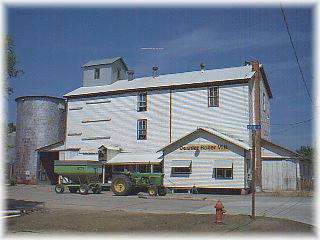 A point interest is the Deshler Roller Mills. Started in 1893, the mill supplied flour to nearly all the towns in the surrounding area. During the 1940s, flour and feed were bagged in colorful cotton cloth sacks. These sacks were popular with the customers because when emptied, they were used to make clothing.

Address: One block east of Main

Things to do Historic Mills near Deshler, NE