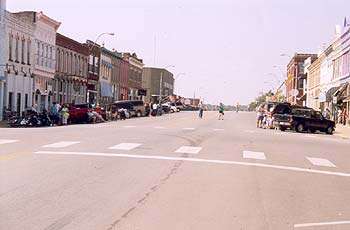 More than a dozen retail shops along Main Street are housed in structures built prior to the turn-of-the-century, including Ackarman Hardware, which opened its doors in 1879 and is the valued cornerstone of Sedan's business district.


Come visit us in Sedan, Kansas

Things to do Historic Downtowns near Sedan, KS

Surrounding the Anderson County Courthouse, "The Square," as residents call it, is a collection of graceful structures built ...