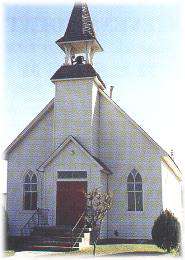 The Early Methodist Church was built in 1905-1906 and was the second church built in Hugoton.

Currently the church is being used by St. Timothy's Episcopal Church congregation each Sunday.

Located in the Museum Complex.

Things to do Historic Churches near Hugoton, KS