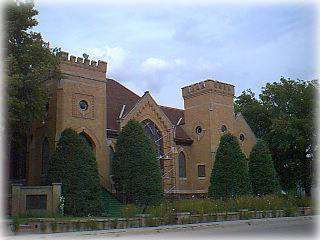 Originally built as the First Presbyterian Church in 1909, the stained glass windows were given as memorials. It may have been built from a mass-produced plan. It is identical to the Methodist Church in Fullerton, NE.

Things to do Historic Churches near Minden, NE