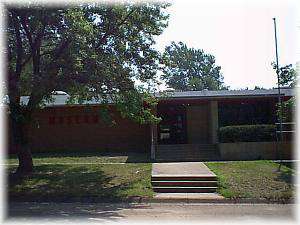 This museum has been located for many years on the west side of the downtown square in Fairbury. It is now in a larger building that allows the display of items in a much more pleasant atmosphere and has more space for new items. The museum's mission is to preserve, display and promote Fairbury as well as Jefferson County's history. Rotating exhibits are planned as well as stationary exhibits such as Fairbury businesses frozen in time.