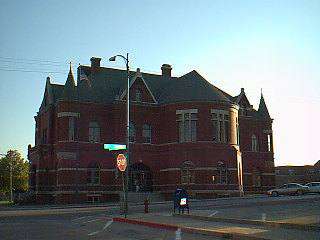 
After nearly 100 years, the government vacated the post office building. Shortly after, Farmers Bank won a bid for the building and began restoring it to the original decor. In March of 1988, the two were united as the bank moved into the building.


The first floor maintains the original marble flooring, pillars, and woodwork. The second floor boasts a federal courtroom with an adjoining chamber. The hardwood floors are original and chandeliers grace the building, The original blueprints for the federal post office, printed on linen, are stored at the bank. These two landmarks of the city were brought together to preserve their histories.

Things to do Historic Buildings near Nebraska City, NE