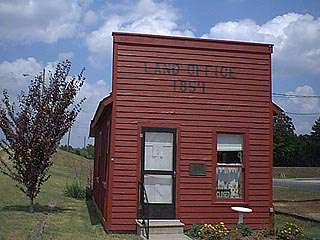 Now a Tourist Information Center open in the summer, it is operated by the Osawatomie Historic Society. Dedicated May 28, 1995, the Trail of Death plaque, a memorial to the Potawatomi Indians is on this site.

Things to do Pioneer Life near Osawatomie, KS