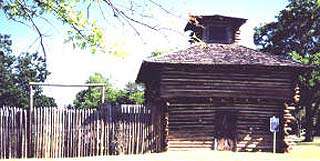 Housed in the restored county jail, c. 1895, the Milam County Historical Museum is complete with cells, shackles, and gallows...

A great tribute to our veterans from almost every war in American History. Weapons dating back to the War of 1812, Civil War ...