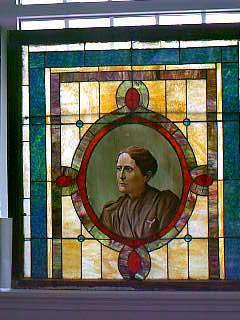 Frances Willard, the daughter of a schoolteacher, was born in Churchville, New York, on September 28, 1839. She studied at the Northwestern Female College at Evanston, Illinois and afterwards taught science at Pittsburgh Female College and Genesee Wesleyan Seminary in New York.

In 1871, Willard was appointed president of Northwestern female College and when it merged with the university, she became college dean and professor of esthetics. Willard also worked as a journalist and for a time was editor of the Chicago Daily Post.

In 1874, Willard helped establish the Women's Christian Temperance Union (WCTU). The main objective of the WCTU was to persuade all states to prohibit the sale of alcoholic beverages. Early campaigners for prohibition included William Lloyd Gamson, Anna Howard Shaw, Carrie Nation, and Ida Wise Smith. Under the leadership of Willard (1879-1898), the organization succeeded in bringing about temperance education in schools. The WCTU also supported the abolition of prostitution, prison reform, and women's suffrage. By 1881, Willard had become president of the WCTU. She was an outstanding lecturer, organizer, writer, and for a time, was editor of the Chicago Daily Post. Willard published her autobiography, Glimpses of Fifty Years, in 1889.

In the 1880s it became clear that it was not a good idea to have two rival groups campaigning for votes women. After several years of negotiations the AWSA and the NWSA merged in 1890 to form the National American Women's Suffrage Association (NAWSA). The leaders of this new organization include Elizabeth Cady Stanton, Susan B. Anthony, Mary Livermore, Carrie Chapman Catt, Olympia Brown, Amelia Boomer, Francis Willard, Matilda Joslyn Gage, and Anna Howard Shaw.

Willard became a socialist and in 1897 she shocked fellow delegates at the national conference of the Women's Christian Temperance Union when she argued that "socialism is the higher way, it enacts into everyday living the ethics of Christ's gospel. Nothing else will do."

Opinion on prohibition began to change and by January, 1919, the states in America had approved the 18th amendment which prohibited the "sale of transportation of intoxicating liquors." This became the law of the land when the Volstead Act was passed in 1920.

Come visit us in Blackwell, Oklahoma

Things to do Famous People near Blackwell, OK