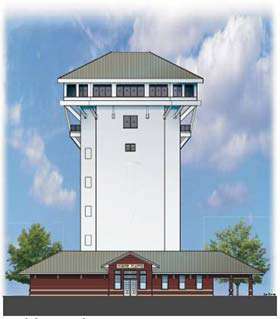 The tower will eventually rise to height of 95 feet above the ground. The main level will be 1,925 square feet and there with be a grand 360 degree view that is fully enclosed. With a second viewing platform 7 stories up that will be open to the elements, it will be a site to behold. The Golden Spike Tower will be the only public viewing area of Union Pacific Railroad's Bailey Yard (the largest classification yard in the world).

Grand Opening will be the early summer of 2008.