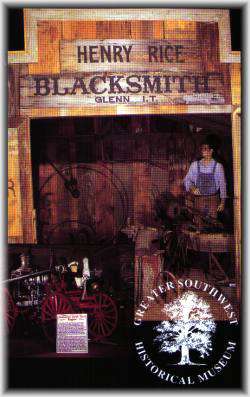 Accompanying the displays is the Military Annex, appointed with memorabilia from the American Revolution through Desert Storm that represents every branch of the armed services.

The Museum is operated by the Carter County Historical Society.

Things to do Museums near Ardmore, OK