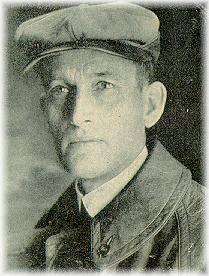 Harold Bell Wright was born in Rome, NY in 1872 and traveled extensively as a young man following the death of his mother. .... Deeply religious, Wright became a traveling minister before taking permanent churches in Pierce City, Missouri, other Missouri cities, Kansas, and other states. His first book, That Printer of Udell's, was actually a multi-part sermon that Wright delivered to his congregation in Pittsburg, Kansas in 1902.....

Harold Bell Wright, an ailing minister-author who traveled to the Ozarks for his health discovered much more than he sought in the hill country. As he regained his strength in the healthful, peaceful atmosphere, he began writing a manuscript which would become the fourth most widely-read book in publishing history. It would also spark a nationwide interest and bring the first wave of tourism into the Missouri Ozarks.

Things to do Famous People near Pierce City, MO