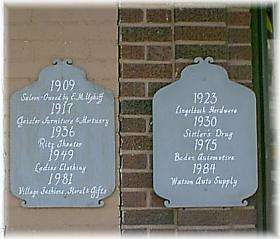 
From a saloon in 1909, to a mortuary, to the Ritz Theater in 1936, to ladies clothing in 1949, and to a gift shop, this building has offered a definite variety of business to Deshler through the years.

Things to do Tours near Deshler, NE