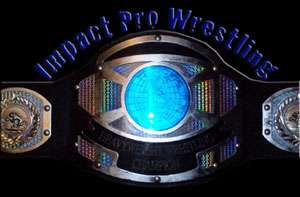 As in the past, Impact Pro Wrestling, a local independent pro wrestling promotion, will have a wrestling show starting at 7:00 PM. The doors will open at 5:30 PM.

The event will be held at the Five Sullivan Brothers Convention Center, which is located at 205 W. 4th St. in downtown Waterloo, Iowa.

WWE Legend "Hacksaw" Jim Duggan will be wrestling on the show.

Here is the show's lineup (Card subject to change):

Waterloo/Cedar Falls' own Senior IPW Referee Billy J. will be refereeing all of the action.

A tryout/training session, with the opportunity to wrestle in front of WWE’s Gerald Brisco and Jim Ross will start at 2:00 PM. To watch this session and listen to the feedback that Jim Ross and Gerald Brisco will give the wrestlers, the cost is $45.00. This includes a ringside ticket to the show. Please inquire at wresshow@yahoo.com.

SPECIAL NOTE: The 2011 Hall of Fame Banquest will be held on Saturday, July 23, 2011. Join us for a great catered meal and candid stories from Jim Ross, Jim Duggan, Terry Funk, Gerald Brisco, Scott Teal, and more. This is a once in a lifetime chance to hear these men speak without cameras about their life in pro wrestling. If the past is any indication, who knows what will be said!! Tickets are $50.00 and include reception, dinner, and hall of fame inductions.

Schedule of Events for the George Tragos/Lou Thesz Hall of Fame Induction Weekend:

History collection focuses on the period from 1933, when Iowa was opened for settlement, to the present. The Maytag Car, 1915 Waterloo Boy, Rath Packing Company whistle and Pioneer Hall Mural help visitors envision and understand bygone eras.

Waterloo Center for the Arts

A "playground for the imagination," this science center provides fun hands-on exhibits that demonstrate how science affects everyday life. Unravel the mysteries of motion with scientific experiments: Roll-A-Ball, Bernoulli Ball, and the hammer table. Entertaining and informative demonstrations.

To Waterloo calendar of events

Things to do near Waterloo, IA