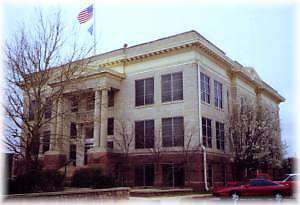 The courthouse grounds is adorned with the life size bronze statue, "Crossing the Red", cast by H. Holden.

Things to do Historic Courthouses near Altus, OK