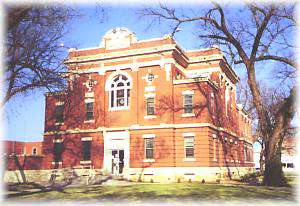 The Kiowa County Courthouse and Square is listed on the National Register of Historic Places. It was designed by J. Riley Gordon and constructed in 1902. It is a Neo-classical and Second Renaissance revival architecture popular for the period. The arched bay and oval windows as well as cut stone achieved this historical facade.

Things to do Historic Courthouses near Hobart, OK