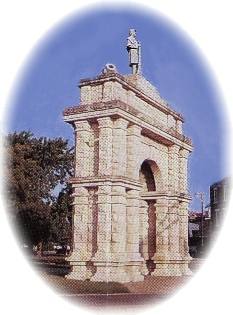 Oregan Trail followers can walk along actual trail ruts outside of Wamego and visit the Louis Vieux Cemetery near the banks o...

"A trail passing through paradise". A 115 mile gravel and wood chip covered trail for non-motorized recreation passes through...