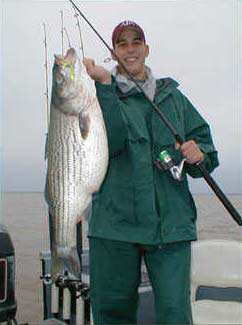 Two-thirds of this lake lies in Oklahoma. A Lake Texoma fishing license ($12)

This lake is known for largemouth bass in the 3- to 8-pound range but has produced a lake record of 13.81 pounds. Sunfishes p...

Use of juglines, throwlines and trotlines is prohibited in this lake. Their is a slot length limit for bass. Only one bass 2...