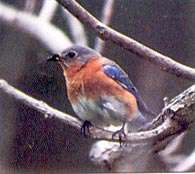 Lake of the Ozarks SP Cabins

Experience a new kind of camping adventure at the Outpost. Nestled in the heart of Lake of the Ozarks State Park, the Outpost offers eight rustic log cabins for campers who want to experience the outdoors without pitching a tent. Developed in 1993

Missouri is truly the cave state, with over 5,380 registered and mapped wild caves. 300 of the wild caves are in the counties of Camden, Miller, and Morgan which surround the Lake of the Ozarks. Show Caves are wild caves that have been "tamed"

Lake of the Ozarks Trails

For a different perspective of Ozark nature, the Lake offers outstanding hiking, biking and walking trails, several of which are located at two state parks. The 17,000-acre Lake of the Ozarks State Park is the largest in the Missouri Park system, and Ha Ha Tonka State Park, one of the state'