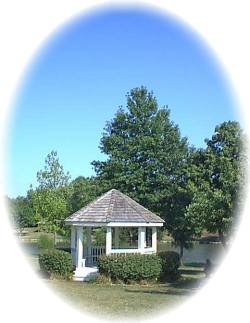 The Shawnee Indian tribe called this area home from roughly 1825-1860, before moving on to Oklahoma. Kansas historical records list the origin of the name Lenexa as \"Len-Ag-See,\" the princess daughter of Shawnee Indian tribal leader, Chief Blackhoof.

The Shawnees were a peaceful tribe who were neighborly with white traders and map makers traveling the area in the 1820s. Over the years, they were also in frequent contact with immigrants headed west on the Santa Fe and Oregon Trails.

During this time, many cowboys came through the area - including one do-gooder named Bill Hickock, who started his law career here at the age of 22.

With the railroad\'s arrival in the late 1800s, Lenexa developed along the remnants of the Santa Fe and Oregon Trails. Many of the original buildings still stand today in the \"Old Town\" area of Lenexa, a popular stop for visitors.

The railroad also helped usher in Lenexa\'s reign as the \"Spinach Capital of the World\" in the 1930s and \'40s. Belgian immigrants worked long and hard on area farms to produce prodigious amounts of Popeye\'s favorite veggie.

Lenexa was a small 800-member community as recently as 1950. By 1970, that number had grown to 5,240. Then, almost overnight, as Kansas City grew westward to meet this rural town, the population soared.

Today, more than 40,000 people call Lenexa home. They are attracted here by the nationally recognized schools that educate their children. They are also drawn by the city\'s historically low crime rates. And they stay here because of the abundance of high-paying jobs.

This marker, set by The Daughters of the American Revolution and the state of Kansas in 1906

Things to do near Lenexa, KS

First Baptist Church of Bethel is a church organized in 1872. In the early day they worshiped inside the old Pomeroy school h...

Over 27,000 graves of Veterans and dependents from the Indian Wars to present time....