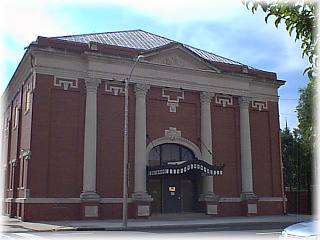 
Liederkranz means "a wreath of songs." In 1870, German settlers met to organize a German singing society to provide musical and social entertainment and to cultivate the member's musical talents. The original clubhouse was a two-story frame building erected in 1871. The brick building, constructed in 1911-12, was designed by architect Oscar Kircfhe, a Liederkranz member, and reflects influences of the Neo-Classical Revival style. The hall has long been a community meeting place, an auditorium for civic activities, and a polling place. This organization is the only know Liederkranz in Nebraska.