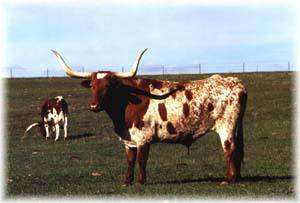 A small herd of longhorn cattle graze on prairie grass in a 40 acre park located at the Dodge City Municipal Airport entrance. Dedicated to the millions of wild Texas longhorns driven to dodge City during the 1870s and 1880s, the park setting includes corrals for the longhorns and commemorative signs relaying the history of the famous cattle drives.

Things to do Zoos near Dodge City, KS