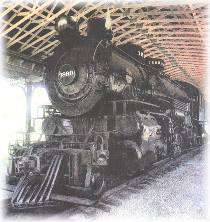 
Come visit us in Newton, Kansas

Harvey County West Park is approximately 17.5 northwest of Newton on 310 acres. Located on the Little Arkansas River, this heavily wooded park provides ample opportunity for enjoying the natural beauty of this area. No hunting is allowed here. There is a 16

Things to do Parks near Newton, KS

Located on Hiway 160 East. Stop and relax on your travels through Medicine Lodge. Enjoy camping (with hook-ups), picnics, and...