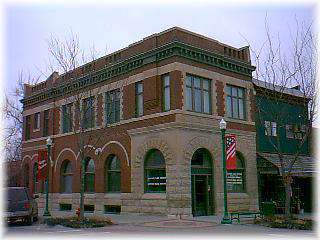 The two-story brick and stone commercial building, which was constructed in 1889 in the Richardsonian
Romanesque style, was designed by the architectural firm of I. and I. Hodgson, Jr., with offices in Omaha and
Portland, Oregon. Between 1889 and 1947 the building housed the National Bank of Ashland and the Citizens
National Bank, and is now listed on the National Register of Historic Places. The Lutton Law Office has occupied the building since 1948.

Things to do National Register near Ashland, NE