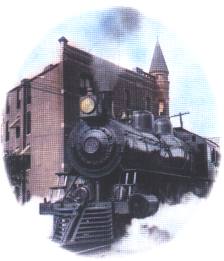 It is recalled that Dr. William Monnet had a madstone and people of that time felt much safer in this wild new country with a...