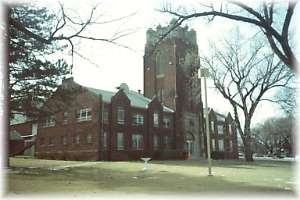 Alva boasts exceptional education as a priority to its community, serving as home to Northwestern Oklahoma State University, a four-year state university noted for outstanding programs in teacher education, business, nursing, pre-law, pre-medicine and mass communications. Additional campuses are located in Woodward and Enid. The Northwest Technology Center is one of the reasons Oklahoma's Technology Centers are ranked number one in the nation.

It's first building was built by the citizens of Alva. The "Castle on the Hill" was designed by Jeseph Foucart of Guthrie, but the building later burned in 1935. Of considerable interest is a book in the college library - it contains more than 600 listings for 300 ranches registered with the Cherokee Strip Livestock Association for the roundup of 1886!

We currently do not have any events for Alva, Oklahoma in our database. If you know of events taking place, please add the event
.

Things to do Colleges near Alva, OK