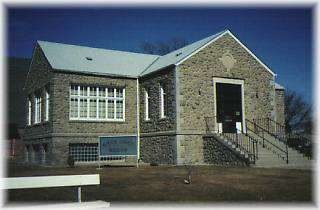 Did you know that Norton County, Kansas, was the site of one of the biggest meteor impacts in the United States? At about 5:00 p.m. on February 18, 1948, there was a loud explosion and fireball approximately 15 miles above Western Kansas. The fireball was seen as far away as Denver, Western Oklahoma, Texas, New Mexico and Western Kansas. It was a meteor explosion and the resultant fragments landed in Norton County, Kansas. This is one of the things you can learn about with a visit to the Norton County Museum.

We hope to offer many items of historical interest that will inform you about our unique history. History means many things to different people. A common notion is that history is all about things that happened long ago which are not relevant to our lives. But history is a living thing that touches everyone alive today. Yesterday is history. Today we are making history. Tomorrow will soon become history.

The Museum is housed in a 1938 WPA stone building used previously as a library. Other Exhibits include: