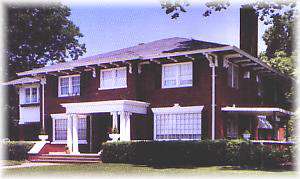 The style is reflected in the homes as well. Victorian details and wide porches distinguish some homes, while Craftsman bungalows line many streets. Oil played a big part in the houses of Okmulgee. Oil mansions dot the landscape. Some of the largest homes are gone, but others, steeped in grace and style, remain.

In the 1920s Okmulgee had more millionaires per capita than New York City.

Things to do Historic Homes near Okmulgee, OK