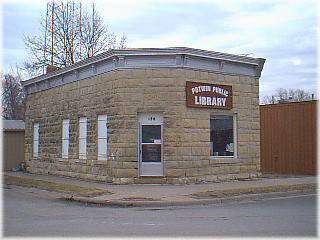 The 1904 limestone building was originally built for Potwin's first bank. It is still in use as a public library.


Come visit us in Potwin, Kansas

To Potwin calendar of events

Things to do Historic Buildings near Potwin, KS