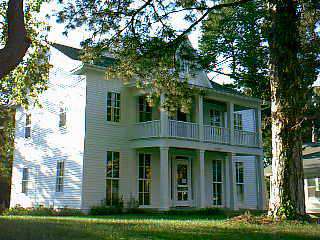 
After just a couple of years, the fort was relocated, but a city had begun to grow, gaining prominence as a river port. Russell, Majors and Waddell, a major overland freighting company chose Nebraska City as their home. After receiving a government contract to supply the western post with military equipment, the company settled into the headquarters, built by the government. After more than 20 years of prospering, the company gave way to the railroad used as a residence. In 1985, the Otoe County Historical Society purchased the home and began restoring it as a historical museum. Today, visitors can tour the Old Freighters Museum and revisit the birth of the city and its connection to the West.