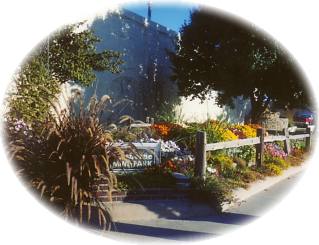 Founded in 1871, Osborne has been welcoming travelers to the heart of America ever since. Osborne was incorporated in 1879 and was named for Civil War Veteran Captain Vincent B. Osborne, who lost a leg at the Battle of Joy's Ford in Arkansas in 1865.

The early settlers found the region's fertile soils and extended growing season conductive for grain production. Today's visitor can witness at harvest time the impressive production of wheat, corn and milo that contribute to the area's economic base.

For the outdoor enthusiast, the Osborne area can be a sportsman's paradise. Four lakes, all within 40 miles of Osborne, offer boating, fishing, swimming, and camping. Osborne is also in the midst of some of the best deer, pheasant, turkey, and quail hunting you will find in the Midwest.

The Osborne visitor can enjoy outdoor activities at the municipal swimming pool, tennis courts or just spend some time enjoying one of the three parks located in the community.

The Osborne Carnegie Library is listed on the National Register of Historic Places. Built in 1912

Erected in 2000, This granite obelisk is dedicated to the memory of all Osborne County military veterans who ever served in active duty. Located on the north side of the historic courthouse square, the black African/

A visit to the Osborne County Courthouse will show the use of the area's popular post rock material in its Romanesque Revival styling. Built in 1907-1908 and listed on the National Register of Historic Places,

This simple elegant sphere-topped white marble column was dedicated in 1929 to preserve the memory and spirit of Osborne County's first generation of settlers. It is located on the northeast corner of the historic courthouse square.

The Geodetic Center of North America was entered on the National Register of Historic Places on October 9, 1973. It is not to be confused with the Geographic Center of the Continental United States, which is located some 50 miles to the north near Lebanon, Kansas.

To Osborne calendar of events

Things to do near Osborne, KS

In 1867, a party of travelers were transporting three threshing machines belonging to Brigham Young along the Smoky Hill Trai...