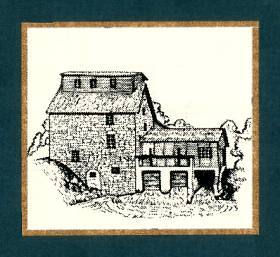 Oxford's history really began in 1869, when the Osage Indians camped near the large cottonwood ford which winds along the Ninnescah River and dumps into the Arkansas River. Chief Napawalla first gave Oxford his name. When the Treaty of 1870 was signed, the Osage Tribe moved from the area and left thousands of acres of the town "Napawalla" to be purchased by settlers.

"Oxford Town Company" was the first business to open in Oxford in 1871. This changed the town name to Oxford. Many citizens hoped this name would place the town on the same educational status of Oxford, England. Oxford established the first school district in Sumner County. A newspaper, hotel, schools, churches, and mill helped the town grow quickly.

In the 1930's the town was booming with oil, increasing the population. The town even had an opera house. For many years Oxford was a busy shipping and transportation center. Three railroads ran regular shedules. Gradually oil production lessened and after World War II, people were transferred to other areas. Many of those who came here in the 1930s have retired to Oxford.

The Old Mill was built in 1874 by D.N. Cook and John Hewitt. A 3 mile race was hand-dug parallel to the Arkansas River which produced the electricity necessary to run the mill. A dam was built across the river to help the mill grow. In 1910

The Humphrey Home was built by former slaves in 1867 following the Civil War. The walls of the home are 16 inches thick and featured a large lawn area where many socials were held. The home was restored in 1977

The Community church was organized in 1872, and constructed the following year at a cost of $2,000. The church had a starting membership of 15

We currently do not have any events for Oxford, Kansas in our database. If you know of events taking place, please add the event
.

Things to do near Oxford, KS