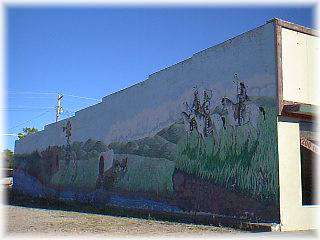 The mural located in downtown Gordon created in 1991 expresses the pioneer growth of the area in the late 1800s and early 1900s.

Things to do Arts near Gordon, NE

This unique replica of the world-famous Stonehenge was constructed of old cars in 1987 by six local families on the occasion ...