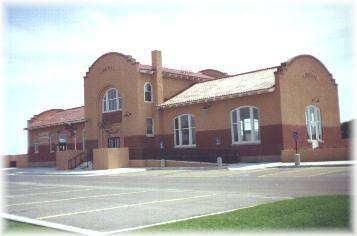 The depot, a crumbling relic just three years ago, was rescued and refurbished with a combination of funding from the city and state, private contributions, and a lot of hard work. With the first building completed, efforts continue to finish the eastern building, which once housed a hotel and restaurant.

For now, several city offices, including that of the director of community development and chamber of commerce, have found homes in the western building.

The newly restored depot is listed on the National Register for Historic Landmarks and is the central theme of the annual Rock Island Jubilee in June.

Things to do Railroad History near Liberal, KS