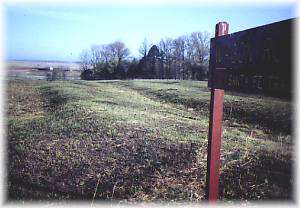 The historic Santa Fe Trail which carried civilization and commerce between the East and the Mexican settlements of the southwest between 1825 and 1875, traversed much of Kansas. Today one of the best sites remaining to see the actual ruts carved into the virgin sod is in the Dr. Ivan Boyd Prairie Preserve. The four deep parallels swales resulted from the parade of heavily-loaded wagons and thousands of oxen, horses and mules turning northwestward on the Santa Fe Trail as it headed for Palmyra, now Baldwin City. The Trail was along the dirt road just south of the park.


The park also offers a unique opportunity to study native grasses and flowers that once grew free throughout eastern Kansas' in the tall-grass prairies.